Are you a meeting planner and need a video introduction for Dan? Click on the image to go to a page where you can view or download the video recorded by Larry King himself.

Dan is the modern day Napoleon Hill who has interviewed and hung out with the world's most successful and powerful superstars in sports, business, government and life, and shares what he's learned with audiences everywhere. 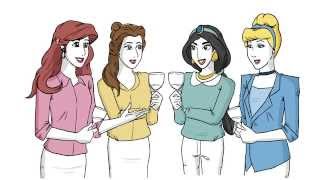 If you are still wondering why Dan is considered to be the best keynote speaker today, check out this video and learn about the unmatched combination of life experiences that make Dan the most interesting man alive, and the only choice for you and your audience.

Watch a short video of Dan as a 25 year-old explaining why and how his football injury led to a 30 year Hall of Fame career to become one of the most sought after speakers in the world. Also read Dan’s BIO as a New York Times Best Selling Author, university professor, extreme adventurer, athlete...

My New Enterprise Presents: An Entrepreneurial Documentary On Dan Clark

Whether Dan is on board Air Force One, running the Olympic Torch in the Winter Games, speaking for his dear friend Sheikh Nahayan in Abu Dhabi, or entertaining combat troops in Afghanistan, Dan is larger than life, because he lives large! What has your speaker done lately?

Through The Years In Pictures

Over the years, Dan has volunteered countless hours in service to our country, which gives him a unique perspective on what it truly means to be an American patriot

In addition to being one of the most sought after speakers in the world, Dan is also a prolific songwriter, having written over 300 songs with some of the biggest names in music!

Dan is not only a Hall of Fame professional speaker, but he's an extraordinary EmCee who will make your Awards Gala come alive; a highly sought after Television/Radio Show Host; and a credible Virtual Training Course Facilitator featured in this internationally acclaimed parenting program, "Strengthening Families."

A collection of Dan's most frequently-quoted words of wisdom.