Dan Clark: Through The Years 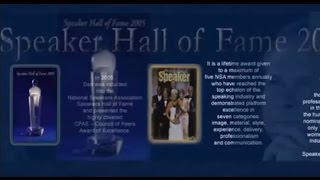 Through The Years In Pictures

Mother: Grew up on a farm in Idaho, school/community/church volunteer, great cook/caterer, stay-at-home mom, youngest of nine children, her dad died when she was 6 years old,- raised by single mom, 78 years young.

8 Years Old
Young Dan battled through weeks of hospitalization to overcome a life- threatening, cancerous abscess in his throat.

Was an All-Star baseball player from 9 to 12 years old, started playing football at age 10 and was a proud Cub Scout earning all ranks including “Webelos.”

12 Years Old
Dan acted in stage plays, appeared in TV and radio commercials, was the voice of a TV cartoon character named “Rupert” and appeared weekly on the television series, “47 Happiness Way,” broadcast on CBS, directed and produced by Fred and Don Bluth.

At ages 12,13 & 14, Dan’s Little League Football Team went undefeated, won the State Championship and played in Santa Clara, California in the “Toys for Tots Bowl” and in Mile High Stadium in Denver, Colorado and Alhambra, California against their champions.

Dan started playing the guitar at 8 yrs old and played the trumpet and the drums in the Junior High School band.

At the University Dan majored in Business Management and Psychology with intentions of following in his uncle’s footsteps and attending the J. Reuben Clark Law School named after him! Dan pledged Sigma Chi Fraternity and made time for modeling and even played significant roles in three NBC Movies of the Week, including “Time Machine.”